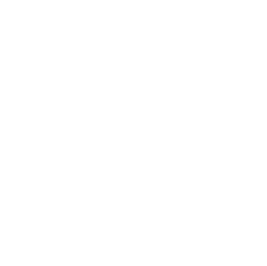 ABOUT THE PARISH OF TRELAWNY

Trelawny was formed from the eastern part of St. James in 1770 after the wealthy planters of the area complained that Montego Bay, the capital city, was too far away for them to go to conduct business. The parish was named for Sir William Trelawny, a former Governor of Jamaica.

The first capital of the parish was known as Martha Brae, but its size and location raised doubts as to its suitability as a permanent parish capital. It was felt that since Trelawny had a seacoast it needed a seaport for its chief town. The honour of the “second capital of Trelawny” consequently fell to the town of Falmouth. Falmouth was established in 1790, at a time when sugar was booming. When sugar declined, so did Falmouth. In its grand days, the town supported many businesses and more than one weekly newspaper. Once the busiest port on the north coast, Falmouth was the place from which sugar was shipped and where important goods needed by the estates in the interior were landed.

Some of Trewlany's major towns include Clarks Town, Duncans, Martha Brae, Rio Bueno, Stewart’s Town, and Wait-A-Bit. This parish is found in the county of Cornwall and is popularly known for its agriculture, manufacturing, and tourism. Rum and sugar are its main products, however, other crops include yams, bananas, vegetables, coffee, strawberries, pimento, coconut and ginger.

The parish has 75,558 residents according to the Jamaica Information Service (JIS).

Important Jamaicans from the Parish

Another Jamaican track and field sprint athlete and a seven-time Olympic medalist, Veronica Campbell-Brown, was born in Clarks Town, Trelawny.

Rt. Hon. Hugh Shearer ON, OJ, PC, born in Martha Brae, was appointed Prime Minister of Jamaica upon the death of Sir Donald Sangster in 1967.

POPULAR TOURS
Braemar Tours Ltd.
LOCATION: Port of Falmouth, Falmouth, Trelawny.
The tour of historic Falmouth by trolley is designed to immerse visitors in the long rich history of Falmouth town which dates to over two hundred years.

Great River Rafting and Plantation Tours
LOCATION: Saint James.
This excursion takes you into the Jamaican countryside where you will experience the thrill of river rafting.

Luminous Lagoon
LOCATION: Luminous Lagoon, Trelawny.
The Luminous Lagoon stretches along the marshlands of Trelawny from the small community of Rock to the town of Falmouth. It is filled with millions of dinoflagellates. At night, the lagoon sparkles and glistens when disturbed, as these microscopic organisms produce an eerie glow, reflecting the outlines of fish and other objects in the water. A tour boats take visitors on a ride around the lagoon, where you get to jump out and swim, your body surrounded by the luminous green glow.

Martha Brae
LOCATION: River Raft Ltd. P.O. Box 1178, Montego Bay.
The raft ride is operated over a three mile stretch of the beautiful Martha Brae River and lasts one hour. Once on the raft, guests can learn about “The Legend of Martha Brae” or enjoy an exhilarating swim.